The Four-Legged Fountain of Youth 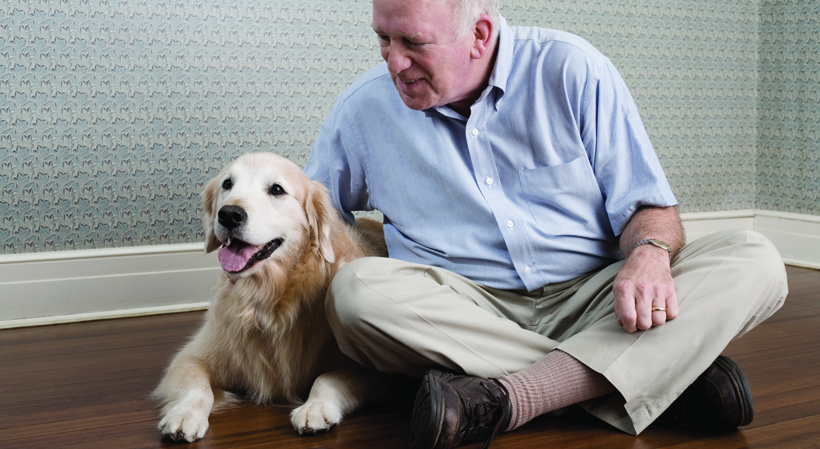 ADOPTING A SECOND DOG, AND BEING THE ONE RESCUED

FOR THE SAKE OF LOOKING OR ACTING YOUNGER, we adults tend to do a lot of strange things:  eye and face lifts, testosterone patches, yogic headstands, or adventure treks to Nepal.

But imagine if we could stay close to home, stay on our feet, and spend no more than $100 to $500 for a nice zap of youthful vigor—and one that lasts for at least two or three years.

How?  Adopt, rescue or purchase a young dog. We recently did, and my wife and I, both over 50, are feeling about 15 years younger, even now, close to two months after getting Abby.

Back in November, a week after the northeast mega-storm had largely receded and power was restored, we rescued a sweet and handsome little female, about 15 months old, who had just arrived the day before from a North Carolina animal shelter.

I wanted a second dog like I wanted five more toes—the three of us (including my 14-year-old son) were quite happy with our mellow and affectionate 9-year-old Black Lab—but something about Abby caught my eye. I don’t know, the little Black Jack (Black Lab and Jack Russell mix) had something. Call it presence. Yes, she’s sweet, young and vivacious, but there’s also an X factor going on. Some sort of canine canniness perhaps (for those of you who are “True Blood”  fans, you’ll appreciate this; I told my wife that she “glamoured” me. Of course, she did not really hypnotize me in any way, but my wife intuited what really occurred when she asked “Who picked who?”)

Besides, we’re better people when dogs befriend us.

The human being at the handle end of a leash is a different being when the other end is clipped to a dog. We’re more caring, attentive, grounded. We’re in touch with things we usually ignore. We are moderns who go back thousands of years to a great range of sensory activity and happy trailblazing when our friends are pawed and fur-covered. Without fail, our four-legged fellow travelers expand the world for us.

So, regarding the “suddenly younger” part…  Abby is so playful, unguarded, curious and ever ready to give it a go, that we can do nothing but respond to her gleeful energy. And I’m a pretty energetic guy, my wife is a yoga teacher, and our son is a black belt in karate. In short, we are not couch potatoes. It’s just that now we are playing more, clearly energized by her happy pup ways. Canines have been called the lords of frolic, and most often our response is to frolic with them.

Dogs also take us back to our own outdoor self, to the forever-explorer who loves lighting upon new paths, going deeper into the wood, and seeing what’s over that mountain range, and the next. I don’t care what my chronological age is or what kind of day I had, take me to the beach or a wooded glen with a dog and not only does the blood pressure rapidly decrease, the heart opens.

But when it comes to the real bennies, it is the four of us—9-year-old Bo Bear included—who have been given the good licks, the auto-pilot playfulness, the shot of youth, and the joy.

We all know who did the real rescuing here.

Ken Taub is a New York-based independent advertising and marketing consultant, copywriter and freelance writer, and co-owner of a yoga studio, with a background in philosophy and a degree in Chinese Studies.. Contact: kenja@optonline.net or go to www.kentaub.com.