‘Give and Live Better’: The Remarkable Vision of Stephen G. Post

In an age driven by science and technology, Dr. Stephen G. Post is a rare blend of scientist and humanist, a best-selling author and transformative speaker who has inspired thousands of people with his profound work on giving behavior. As we look forward to Thanksgiving, Stephen Post will begin today’s episode by  talking about the life-enhancing benefits of giving. “Give and live better,” says Dr. Post, who is the lead author of “Why Good Things Happen to Good People: How to Live a Longer, Healthier, Happier Life by the Single Act of Giving.” A growing body of research shows that when we give of ourselves, everything from self-satisfaction to self-realization and physical health is significantly affected. Depression is reduced. Well-being is increased. Mortality is delayed. Beyond his broad research on giving, Stephen will talk about a particular kind of giving—caregiving. The author of the recently published book, “Dignity for Deeply Forgetful People: How Caregivers Can Meet the Challenges of Alzheimer’s Disease,” he has earned international recognition for his acclaimed work on bioethics and compassionate care for people with dementia. Currently, Stephen is Director of the Center for Medical Humanities, Compassionate Care, and Bioethics at Stony Brook University School of Medicine in New York—“a place where the human side of medicine is elevated, examined, and revered.” He also serves as President of the Institute for Research on Unlimited Love, which he co-founded with philanthropist Sir John Templeton. Indeed, there has been a spiritual side to Stephen from the start, and his life work blends an extraordinary exploration of positive psychology, altruism, love, happiness, and the mystery of the human mind.

Stephen G. Post, Ph.D., is internationally recognized for his work with deeply forgetful people, their families and allied organizations. His book, The Moral Challenge of Alzheimer’s Disease: Ethical Issues from Diagnosis to Dying (Johns Hopkins University Press, 2000), was designated a “medical classic of the century” by the British Medical Journal. His research on the dynamics of compassionate care in the lives of persons with dementia and their caregivers resulted in his being elected a member of the Medical and Scientific Advisory Board of Alzheimer's Disease International. Dr. Post began his work with “deeply forgetful people” while in Cleveland where he served as a professor at the Case Western Reserve University School of Medicine (1988-2008). He has published widely on dignity, ethics, and spirituality of caregiving, has been quoted in more than 3,000 international newspapers and magazines and is the author of 300 articles in premier scientific and medical journals. Dr. Post is also the author of several books, including the best-selling “Why Good Things Happen to Good People” and most recently, “Dignity for Deeply Forgetful People: How Caregivers Can Meet the Challenges of Alzheimer's Disease.” A graduate of the University of Chicago with training in psychology, world religions, and ethics, he is renowned for his work on compassionate care at the interface of science, ethics, spiritual thought, and behavioral medicine. He is the founder and current director of the Center for Medical Humanities, Compassionate Care, and Bioethics at Stony Brook University School of Medicine in New York, where he also serves as Professor of Family, Population, and Preventative Medicine and Head of the Division of Medicine in Society. 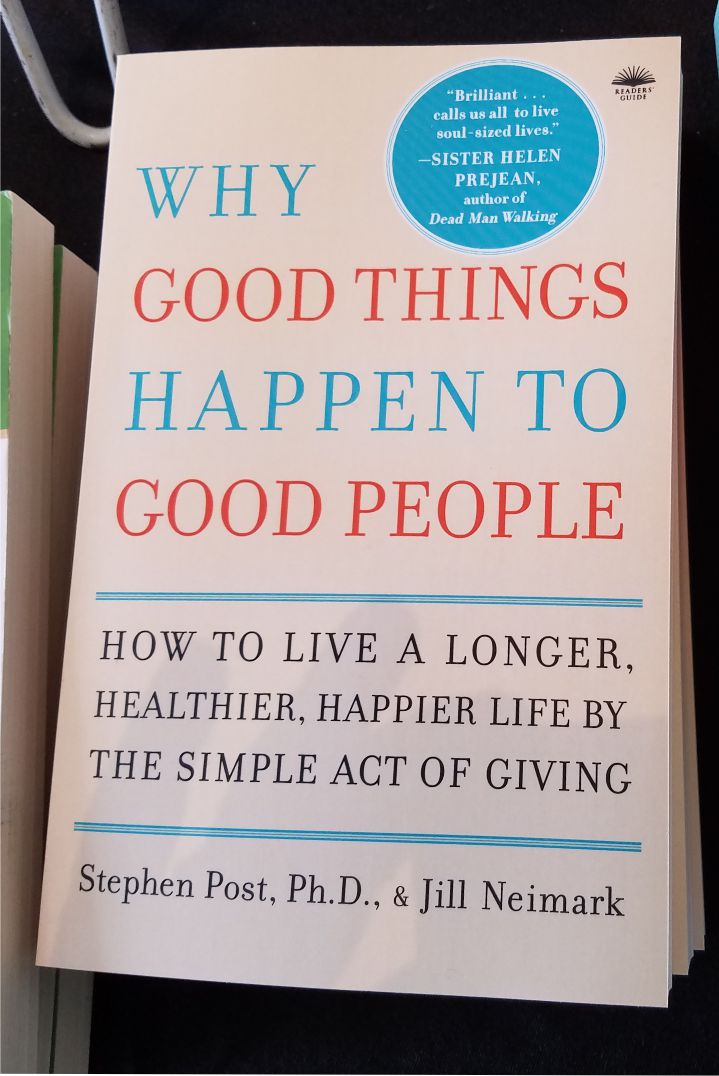 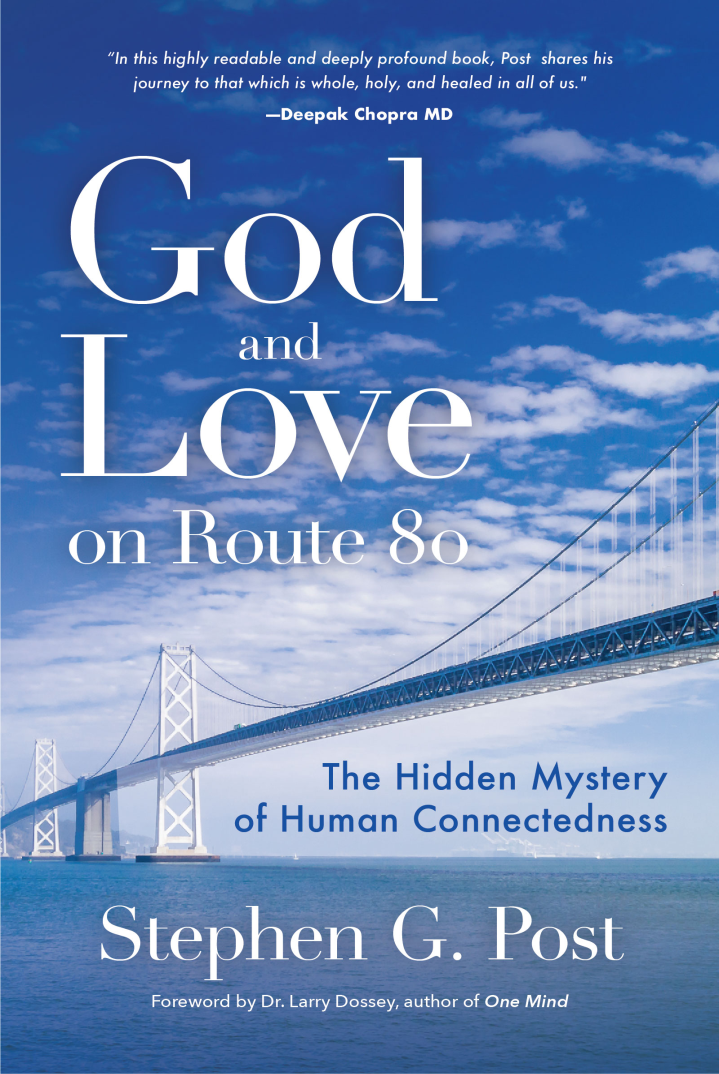 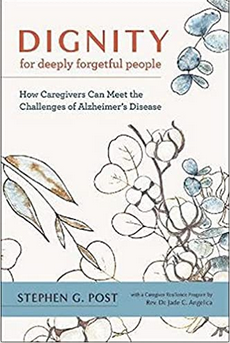 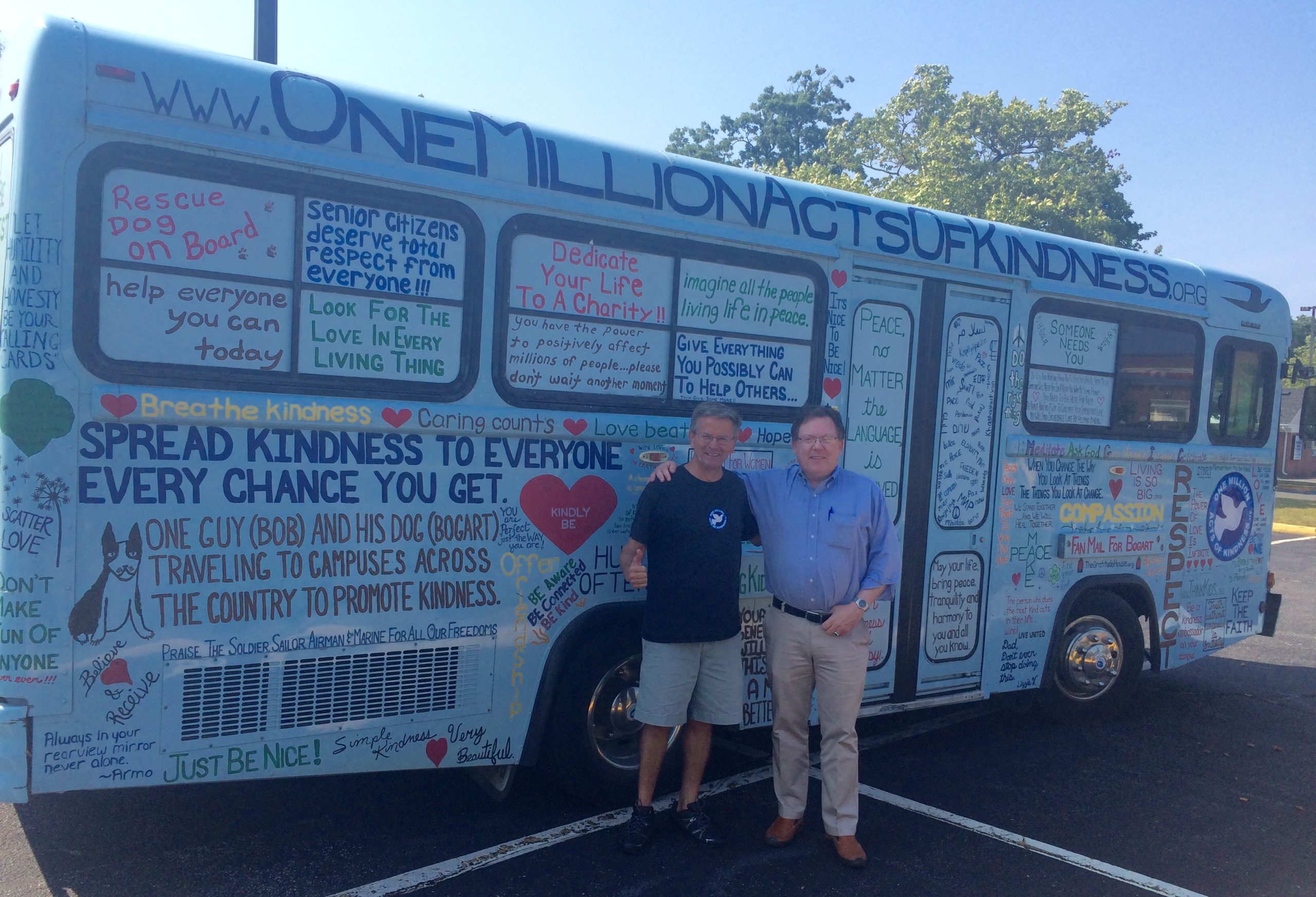 Stephen Post (right) with Bob Votruba, the founder of One Million Acts of Kindness, in front of Votruba’s “Kindness Bus.”