A Veterans Day Salute to a Vietnam War Army Correspondent

As we prepare to celebrate Veterans Day this month, today’s episode  features  veteran Jim Smith, who served as an Army correspondent for Stars and Stripes, the Defense Department’s daily newspaper, during the Vietnam War, reporting from every major city in Vietnam, from the Delta to the Demilitarized Zone. Whether it was observing training of South Vietnamese troops by U.S. advisers, watching massive U.S. firepower take out enemy targets or reporting on efforts to repel the North Vietnamese Easter Offensive, Jim was there to witness the events.

He laughed at Bob Hope’s jokes, took cover during rocket attacks, pulled guard duty at night in the jungle, got in trouble with the brass, and got caught up in the adrenaline rush of war.

In today’s conversation, Jim will draw on a number of these vignettes, which appear in his gritty 2015 memoir, “Heroes to the End.” He witnessed many acts of bravery and commitment, as well as the frustrations and incongruities of the Vietnam War—dozens that were published in Stars and Stripes, and dozens that previously never made it into print. A dedicated journalist to the end, Jim will also discuss his long civilian career as a sportswriter and editor for Long Island’s daily newspaper Newsday, covering the New York Giants, the New York Rangers and New York Islanders. And coming full circle, Jim will reflect on his changing views on the Vietnam War—and subsequent wars—over the years, as well as his advocacy on behalf of social and racial justice causes, and his tireless support of the United Veterans Beacon House, which provides housing for hundreds of homeless veterans and their families at 47 locations on Long Island.

Jim Smith is a Vietnam Army Veteran, activist, author and former daily newspaper journalist. During the Vietnam War he served as an Army correspondent for Stars and Stripes, the Defense Department’s daily newspaper, reporting from every major city in Vietnam and witnessing many acts of bravery. At Long Island’s Newsday, Jim was a sports reporter, features desk copy editor and freelance writer from 1966 to 2014. He covered the New York Giants for the newspaper, as well as five Super Bowls. He also covered the New York Islanders and Rangers, wrote a hockey column and covered nine Stanley Cup finals. He was a frequent contributor to The Sporting News, The Hockey News and various other publications. Jim also wrote “Point of Attack,” a diary of the 1985 Giants football season, with linebacker Harry Carson. After retiring from Newsday, Jim wrote “Heroes to the End,” a vivid memoir of his 1971-72 tour in Vietnam. Since 2007, Jim has been a volunteer, board member, president and now vice president at United Veterans Beacon House, a Bay Shore, N.Y. nonprofit that runs homeless shelters for veterans and others and connects them to job training, medical services and education. Jim also has been a social justice activist for 27 years, running programs at the Unitarian Universalist Congregation at Shelter Rock in Manhasset on numerous topics, including human rights, corporate responsibility, teen suicide, climate justice, affordable housing, veterans' homelessness and racial justice. For the past two years, he also has been a board member at ERASE Racism, a nonprofit working for equity in education and housing on Long Island and elsewhere. Jim is the adjutant at the Veterans of Foreign Wars Post in Port Washington, N.Y. and has been a member of Veterans for Peace. He is a graduate of Hofstra University, with a bachelor’s degree in American History.

For more information or to donate to United Veterans Beacon House, click https://uvbh.org/. 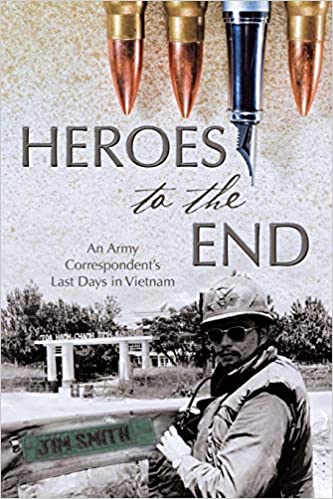 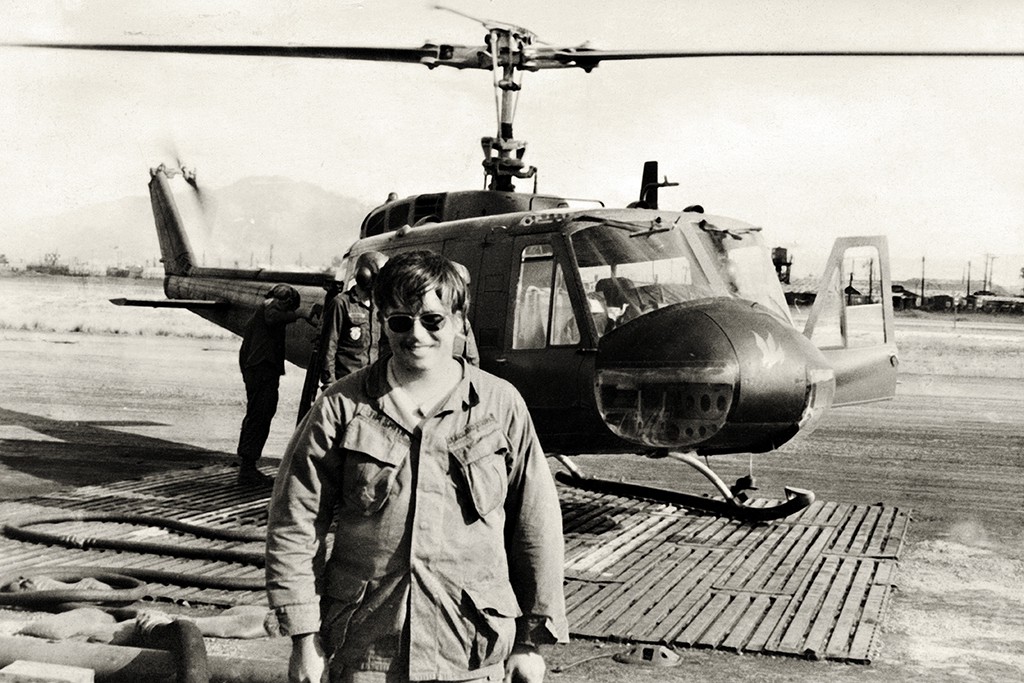 Army Specialist Fourth Class Jim Smith between chopper flights, reporting for Stars and Stripes during his tour in Vietnam.