How a Legendary Financier Became a Blockbuster Novelist

For 40 years, Jay Newman was a legendary hedge fund portfolio manager, traveling across the globe to recover billions of dollars in debt defaults by countries like the Congo, Panama, and Argentina. When he retired in 2016, he considered writing a biographical, non-fiction account of his storied career. Instead, he decided that fiction would be a better vehicle to capture the essence of the people and events he encountered over the years. In today’s episode, Jay talks about his new novel, “Undermoney,” a blockbuster financial thriller about a group of Americans who secretly take over the world’s largest dark money fund. He’ll talk about what he learned about how the unseen confluence of money, power and corruption has shaped the destiny of nations. “Undermoney,” in fact, is a term invented by Jay—it’s the money you don’t see on the surface, but you know it’s there, influencing people and events. Jay will also describe how he made the transition to a first-time novelist in retirement, learning how to use research, along with his experiences, to create a richly fictional world that eerily appears to foreshadow today’s evolving geopolitical landscape. And he’ll offer some insights and observations about what we can learn from the world’s mega-crooks, and how we might limit the corruption that inevitably pervades each generation.

Jay Newman has worked in the field of international finance as a hedge fund portfolio manager, investment banker and investor for 40 years. During most of that time, he focused on investments in the defaulted debt of sovereign nations in Latin America, Eastern Europe, Africa, and Asia. Undermoney is his first novel. He is also a columnist for The Financial Times  and a frequent commentator on international finance, geopolitics, corruption and government inefficiencies. 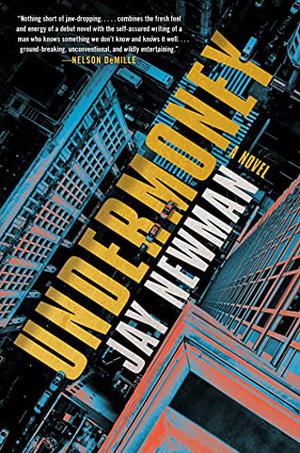